History quiz answers are below the timeline. 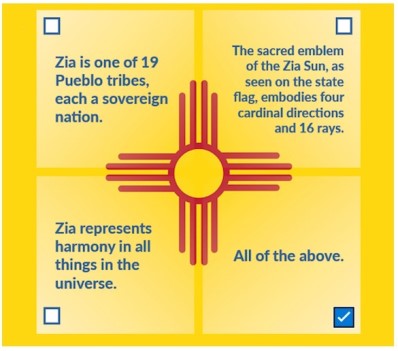 But many who sport the ubiquitous Zia are not aware of the icon’s origin or intended meaning. 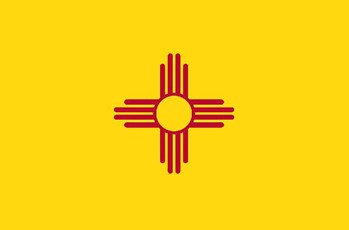 An exhibit at the Indian Pueblo Cultural Center in Albuquerque, “Ours: The Zia Sun,” sought to change all that – in part by tracing the Zia’s history and exploring its continuing evolution. Most important, organizers say, the gallery aimed to address issues of appropriation and educate visitors about respect for the symbol’s original creator: Zia Pueblo.

When Harry P. Mera – a physician who settled in Santa Fe in 1922 and helped establish the Indian Arts Fund – came across the artwork while browsing Dasburg’s collection, he immediately fell in love with the imagery.

Mera and his wife later participated in a design competition that would determine New Mexico’s state flag in 1925. Referencing the sacred pot, the couple submitted a stitched red Zia across a yellow cloth to the judging committee. That would transform a sacred Pueblo image into an emblem that defined the Land of Enchantment.

Moore said the goal of the exhibit, which runs through Oct. 20, is to know the full history of the Zia symbol in New Mexico, while also prompting “questions to yourself of what is appropriation.”

“Ours: The Zia Sun” is made up of about 30 objects and about 100 digital submissions. It also features an audio recording that explains the symbol’s meaning, a time-lapse projection on a ceiling of Zia themes and a short video that interviews locals about their knowledge – or lack of – surrounding the Zia’s background.

While visitors and organizers say the exhibit is small, “It packs it all in,” said Joe Sabatini, a longtime volunteer at the center.

“It presents all the aspects – how many ways (the Zia is) used, the legal issues, the cultural appropriation issues. It’s fair,” he said.

Boyce said she’s used the Zia “derivatively” in her artwork over the years – sometimes in unintentionally disrespectful ways. Learning more about any cultural and historic symbol, she said, helps “recognize where life has taken us astray.”

“Whether that’s a lack of education or respect, we have to admit that,” she said. “It’s good for us to make these inquiries.”

One common question the exhibit seeks to answer is: What does the Zia mean?

Visitors can listen to a recording of former Zia Pueblo Gov. Peter Pino interpreting the design.

For decades, the Zia people, or Tsi’ya, have tried copyrighting the iconic Zia sun – an effort Moore says is “not going to happen for them.”

Despite numerous laws meant to protect original ideas from competition, as well as give rights specifically to Native Americans – the Trademark Act of 1946, Copyright Act of 1976, American Indian Religious Freedom Act of 1978 and the Indian Arts and Crafts Act of 1990 – Moore said commercialization has propelled the Zia sun too far into the mainstream.

A 2012 memorial in the House of Representatives acknowledges the Zia sun as a sacred Zia Pueblo emblem, and a 2014 Senate memorial says New Mexico’s state flag represents Zia culture. But Moore said the design remains heavily exploited – in New Mexico and around the world.

“It should be protected, but it’s not,” she said.

At the very least, she said New Mexicans should “recognize Zia is an actual living culture.”

Moore said the use of the symbol for tattoos and alcohol – such as etchings on shot glasses or logos – can be off-putting to the Zia Pueblo people because it “stands against their cultural beliefs.”

She explained that especially when the symbol is altered, “that’s when it becomes hurtful. It loses its meaning when you’re slapping something else on top of it.”

Moore said she’s not sure how to define when personalizing the Zia crosses the line. After all, she said, it’s become significant to “every New Mexican. Everyone uses it in their own way.” 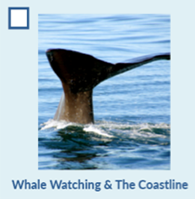 San Diego Chapter hosted LEWs in 2003 and 2015 with many great events.
But what tour was at neither LEW?

Whale watching is great, but LEW attendees happily immersed themselves in many fascinating tours including the remarkable Central Library and surrounding East Village, the historical Gaslight District, the remarkable County Administration building and much more.

Land Economics Weekends (LEW) include exceptional, timely events. But only one LEW included a midnight tour. 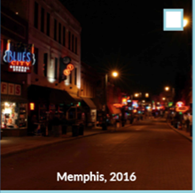 Federal Express CEO Fred Smith’s overnight shipping idea has created the largest shipping corporation in the world. FedEx planes create a parade in the night sky as they land, packages are quickly offloaded, and the Hub comes alive with sorting and re-routing.

Each night, approximately 1.5 million packages pass through the logistic marvel known as the “Matrix.” LAI members knew the Hub would be impressive but admitted to being in awe of FedEx’s multi-level machine that makes sure packages will absolutely arrive the next day. 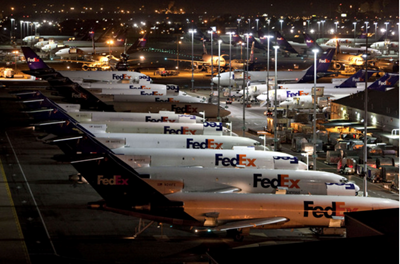 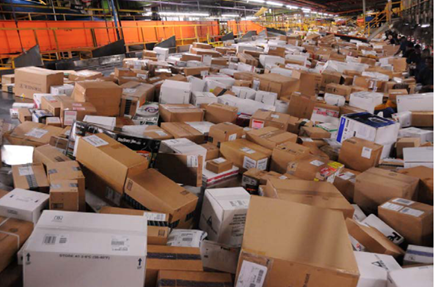 38 Land Economics Weekends have been held since the first one in Baltimore in 2000. How many have been in locations outside the 50 United States?

For who or what was the Toronto Chapter named?

ohn Graves Simcoe (1752 – 1806) ,  a British Army general who rose to prominence during the American Revolutionary War.

Following his marriage to heiress Elizabeth Gwillim, author and illustrator, he was appointed the first Lieutenant Governor of Upper Canada in southern Ontario serving from 1791 to 1798. He founded York (now Toronto) as the colony’s capital and was instrumental in introducing institutions such as courts of law, trial by jury, English common law, and freehold land tenure.

Simcoe began the policy of granting land to American settlers, confident that they would become loyal members of the colony, and aware that they were the main hope for rapid economic growth. He thought their loyalty could be attained with a solid land-granting system.

He commissioned the survey and construction of two military roads a north/south road named Yonge Street (after Sir George Yonge, secretary of war in the British Cabinet and a family friend) and an east/west road Dundas Street (after Simcoe's personal friend, Henry Dundas, 1st Viscount Melville and British Colonial Secretary).

Most notably, under Simcoe’s leadership the Upper Canada legislature passed the Act Against Slavery on 9 July 1793, aimed at prohibiting the sale of slaves by Canadians to Americans.

The act also liberated slaves entering Upper Canada from the USA (thus providing an impetus for the Underground Railway).  The act did not free existing adult slaves already in residence; but did provide that children born and raised slavery would be granted freedom at age 25.

The Upper Canada legislation to gradually phase out slavery came 40 years before the Slavery Abolition Act passed by the British Parliament.

John Graves Simcoe is commemorated in Ontario with Simcoe Day -- a statutory holiday each year on the first Monday of August.

For more intriguing LAI history, click for the LAI Timeline above .

FIRST THREE WOMEN INITIATED IN LAI.
WHAT YEAR, AND WHAT CHAPTER?

Three women were initiated by the George Washington Chapter in 1972, becoming the first women to join LAI.

Photo taken by Bradford Bachrach, is from the M-NCPCC Archive and shows Ms. Caroline Freeland being sworn into office.

Three women were initiated by the George Washington Chapter in 1972, becoming the first women to join LAI.

Caroline R. Freeland was "Recognized for service as long-term citizen-executive member of public planning bodies and her outstanding contributions in the field of public planning, as well as park and community development."

Ms. Freeland was the first female Chair of the Maryland-National Capital Park and Planning Commission (M-NCPPC), serving from 1963-1971. Caroline Freeman Urban Park in Bethesda MD is named in her honor. Photo above, taken by Bradford Bachrach, is from the M-NCPPC archive.

Catherine E. Martini was "Honored for her long-term and outstanding services to the real estate and land economics fields through research, analysis, writings and administrative work."

Catherine Martini was the Director of Economics and Research for the National Association of Realtors. She was a prominent, often-quoted spokesperson for the Association until she retired in 1974 after 21 years. Previously she was a research fellow at Johns Hopkins Institute of Law. During World War II, Ms. Martini was an administrator and planner for communities in war production centers.

Marilyn Pray was "Recognized especially for her innovations in formulating and applying new approaches to land use guidance systems, as well as authoring many published articles on the relationships between land economics and physical planning."

For more intriguing LAI history, click for the LAI Timeline above .

Lambda Alpha International was established as a professional fraternity at Northwestern University in 1930. The inspiration for the fraternity was Professor Richard T. Ely (1854-1943), a prominent progressive economist who is known as the Father of Land Economics.

LAI moved beyond its fraternal structure to become an honorary land economics society in the broader Chicago real estate community through Ely Chapter.

The founding of the Simcoe Chapter (Toronto, 1964) marked the beginning of LAI’s international growth. Today, LAI operates through a network of 29 chapters in Canada, India, Spain, the United Arab Emirates, the United Kingdom, and the United States.

The tradition of “winnowing and sifting” of ideas has remained the hallmark of LAI through the 90 years since its founding.

If you are in need of a different file type contact lai@lai.org