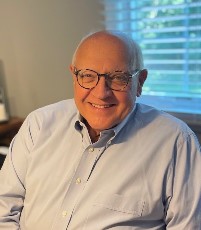 One of the founding members and former president of the LAI Boston chapter has been voted into the Presidency of LAI and will serve in that office for two years.

The LAI Board of Trustees enthusiastically elected Gary October 7.

Gary has recently retired as Senior Vice President and Group Head of Community Development Lending for Eastern Bank. In that capacity he oversaw Eastern’s tax credit investment businesses and financing for non-profit business enterprise and affordable housing. He served as a manager in the commercial banking business from 1997 to 2018.

Including his affiliation with Eastern Bank, Gary has had a 40-year banking career with Fleet Bank, Bank of New England and the First National Bank of Chicago.

In LAI, Gary served as a regional vice president for many years and attended a total of 28 Land Economic Weekends. He assisted in organizing the 2005 Boston LEW and managed the 2013 Boston LEW.

Current and Past Presidents