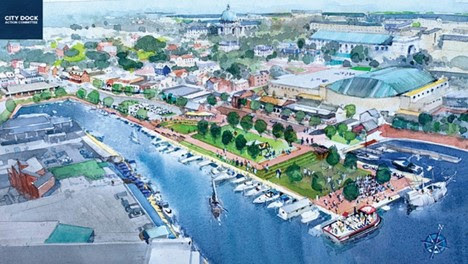 Please join Lambda Alpha International’s Baltimore Chapter for our Virtual Presentation on Wednesday, March 17th at 12pm concerning the planned transformation of the Annapolis City Dock. Annapolis finds itself at a crisis, consistently facing rising sea levels and floodwaters that disrupt the lives of residents and threaten the viability of its businesses. Annapolitans have seized upon this challenge by coming together as a community to create an ambitious strategy to guarantee the City’s long-term resiliency.

The City of Annapolis established a 92-member stakeholder committee, reaching out to residents throughout the City, businesses, the maritime, arts and design communities, as well as financial, preservation and parking experts. The City Dock Action Committee (CDAC) partnered with the USNA, National Park Service, Historic Annapolis and Anne Arundel County to ensure that this plan will proceed forward with the support and commitment of a broad range of stakeholders.

The focus of this effort, The City Dock Consensus Plan, is to transform the City Dock into a world-class, pedestrian friendly waterfront with an elevated public park and resiliency features to protect both downtown Annapolis and the USNA from future flooding.

This plan was endorsed by the City Council in January 2020 followed immediately by a competitive RFQ and RFP process to identify a consortium of firms to design and build both Hillman Garage and City Dock.  After an extensive selection and negotiation process, the City entered into a public-private partnership with a development group, Annapolis Mobility and Resiliency Partnership, this past December with the Pre-Development Phase underway in January 2021. 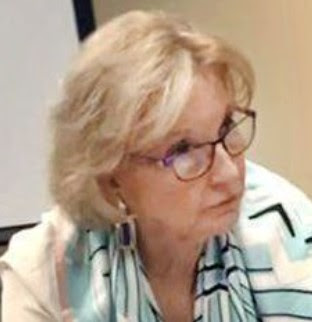 Our speaker, Eileen Fogarty, is a nationally recognized land use expert who is known as a leader in creating sustainable urban centers and vibrant waterfront communities on both the East and West Coasts.  Her success lies in building broad-based consensus for complex strategic plans which have been translated into more than 100 fully built projects.

As Director of Planning and Community Development for Santa Monica, CA, Ms. Fogarty led the successful adoption and implementation for California’s first model Sustainable General Plan.  In Santa Cruz, CA, she directed the rebuilding of the City’s earthquake-devastated downtown.

As Director of Planning in Alexandria, VA, Ms. Fogarty guided the master planned development of Eisenhower East, 238 acres with 17 million square feet of development within walking distance to two Metro stations.  Under her leadership, Annapolis, MD was awarded both the National American Planning Association and the International Waterfront Center Awards for Excellence.

Most recently, Ms. Fogarty has led the ‘Transformation of Annapolis’ Waterfront’ from development of the ‘City Dock Consensus Plan’ through the  current Pre-Development Phase of Development.

Eileen Fogarty received her Master’s Degree from Rutgers University and is the recipient of National, State and Regional awards for creating livable cities.

How can I contact the organizer with any questions?
Matthew L. Kimball, President, Baltimore Chapter
mlkimball@nilesbarton.com, (410) 783-6354