Attendees
This event is ONLY for the LOCAL LAI chapter members.
Registration
Register 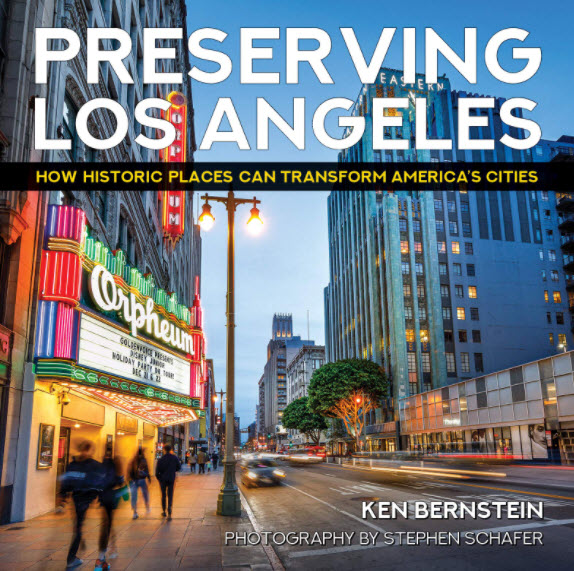 Join us for this book-signing event!  Attendees can purchase a personal copy of the book , meet the author, and get it signed at our luncheon.

Author Ken Bernstein, who oversees Los Angeles’s Office of Historic Resources, tells the comprehensive story of how historic preservation has revived Los Angeles neighborhoods, created a Downtown renaissance, and guided the future of the city. Under Bernstein’s leadership, Los Angeles has developed one of the most successful historic preservation programs in the nation, culminating with the completion of the nation’s most ambitious citywide survey of historic resources. Bernstein showcases Los Angeles as a model for other cities, demonstrating how preservation can revitalize neighborhoods and build community.

Preserving Los Angeles is an authoritative chronicle of urban transformation, a guide for citizens and urban practitioners alike who hope to preserve the unique culture of their own cities. Bernstein’s informative text is richly illustrated with more than 300 full-color images by prominent architectural photographer Stephen Schafer. The photography-heavy appendix devoted to historic sites can serve as a field guide to hundreds of the city’s most notable locations.

Ken Bernstein, a principal city planner for the Los Angeles Department of City Planning, oversees the city’s Office of Historic Resources, which is responsible for Los Angeles’s historic preservation policies and programs, and he leads the department’s Urban Design Studio, which works to elevate the quality of design for private development projects and major civic investments. The lead staff member for the city’s Cultural Heritage Commission, Ken has overseen the completion of SurveyLA, a multi-year city-wide survey of historic resources, and has led the city’s efforts to create a comprehensive historic preservation program. Before joining the Department of City Planning, Ken was director of preservation issues for the Los Angeles Conservancy, the largest local non-profit historic preservation organization in the country.