If you are unable to attend a Lambda Alpha event for which you have made reservations, please remember to cancel no later than 24 hours prior to the function or you will be held responsible for payment.

Making Space for Community Organizations/Nonprofits
What Would We Do Without Them and What Can We Do For Them?
San Francisco has always been an attractive place to be.  As San Francisco began to recover from the Great Recession, real estate values and rents increased in a way not seen in recent memory.  Neighborhoods were beginning to change and improve and attract a new population.
The City is growing... but what made it attractive in the first place and what makes San Francisco special, what makes it a place?  Many things do, but one thing for sure holds the City's fabric together: community organizations and nonprofits.  Whether it is arts, youth or senior programs, or even critical safety net social service organizations, community organizations and nonprofits serve a vital function in San Francisco.  Within a repopulating City with appreciating real estate, how do we ensure that important programs can stay in San Francisco to serve the new and existing San Franciscans?

Come hear how the best practices on this issue and innovative/novel approaches are being deployed in a PDR District in this case study of the 1850 Bryant Street Social Innovation Center/Hub Project.
S P E A K E R  B I O G R A P H I E S
CHRIS FOLEY
Partner, Polaris Pacific
Chris specializes in entitlement, financial analysis and land acquisition. Chris works with some of the largest clients in Northern and Southern California including Tishman Speyer, Lennar Urban, TMG Partners, Morgan Stanley, The Pauls Corporation, CIM Group, Trumark Urban and others. Over the past decade, Chris has brokered and consulted on land transactions involving over 10,000 condominium residences and apartments. Since 2012, Chris has brokered over $400 million of development projects for clients in the San Francisco area. Chris spends his time and expertise helping non-profit organizations such as the Homeless Prenatal Program, Swords to Plowshares, Family House and United Playaz; he is also a board member at the Chinese American International School in San Francisco and the East Cut CBD. 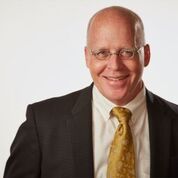 LEIASA BECKHAM & THOR KASLOFSKY
Principals, Common Ground
Both Leiasa Beckham and Thor Kaslofsky are Principals at Common Ground Urban Development.  Together they have over 30 years of development projects that serve the affordable housing, social enterprise and nonprofit sectors.
Leiasa's more notable projects were the City of San Francisco's Central Market Economic Strategy, Community Arts Stabilization Trust, San Francisco Nonprofit Displacement Program, the San Francisco Community Land Trust's 55 Columbus in Chinatown, and the Refugees Resettlement Program for the City of Lewiston, Maine.
Thor's more notable projects were the Hunters Point Shipyard/Candlestick Point for the former San Francisco Redevelopment Agency, now the Office of Community Investment and Infrastructure or OCII, his work with City of New York at the Mayor's Office in their Operations Office, Budget Office, Office of Emergency Management during the 9-11 disaster and lastly at Homeless Services as a senior development manager overseeing the development of transitional housing and other transitional institutional facilities.