Affordable Housing - is there a renewed role for ownership housing? 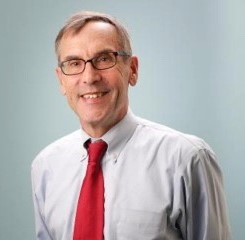 Howard Husock is a senior fellow at the American Enterprise Institute. He has been a director of case studies in public policy and management at the Harvard Kennedy School and a member of the Board of Directors of the Public Broadcasting Corporation.

His policy focus is on the need for housing reform for affordability and community which he characterizes as housing ‘unreform’, in particular the challenge of single family exclusionary zoning, the role of equity opportunities in affordable housing, and the need for walking oriented development.

LAI International, through its global initiative, is engaging members in a series of webinars on affordable housing.

Opening the series on 2021-12-03 was a webinar featuring Howard Husock, New York chapter member and author of a recent book ‘The Poor Side of Town, and why we need it’, in conversation with Phoenix member, and CEO of Freedom Financial Funds LLC, Michael Klein, sharing his volunteer experience building ownership housing for low-income veterans through Homes4Families.

The focus of this initial webinar was on ownership housing as an under-represented component of past and current affordable housing policy. A Canadian perspective was added by moderator Richard Cook of the Vancouver chapter, from his unique experience consulting to the Tsawwassen First Nation on a 3,600 unit housing development.

Howard opened the session with a discussion of how we have lost the formula to provide affordable housing in modern times, and he provides evidence for his assertion from around the US and across the history of housing reform. We used to provide relatively small homes, densely built, on relatively small lots. In mixed-use communities and owned.

Howard then discusses key individuals who have shaped provision of housing reform policy, and how an ownership option was neglected, and commercial businesses often swept away. He discusses the challenge to bringing back a housing ladder of variegated housing types, and push back practically on exclusionary single family zoning. Recent California legislation to add duplex housing statewide is an important trend to watch.

Michael Klein adds to Howard’s thesis from his experience persuading increased density and shortening approval times in Warner Center in Los Angeles, as well as his success building for-sale housing for low-income veterans in California.

He cites the challenge of the cost impact of fees and permits on housing affordability. For the families housed, 30% of residents have gone back to school; and the families have a higher than average completion of high school. Incomes are rising for many. Ownership seems to work for these veterans’ families, says Michael.

Richard then outlined the recent success of Tsawwassen First Nation to emerge from the challenges of Canada’s policies towards its indigenous people to provide affordable housing for both its own people, as well as providing approximately 3,600 units of relatively affordable and diverse housing for the region.

Discussion then focussed on responding to nimbyism, walking-oriented development, encouraging diversity of housing options, including 2-4 unit homes with a combination of ownership and rental in each building, as well as on the need for appropriate credit to ensure people have a capacity to repay their debt and build their wealth.

The webinar can be found on LAI TV – our YouTube Channel, at: https://youtu.be/uqeQEBFqeVo .