He can be contacted at urbaninfo@comcast.net.

This compares to the national leaders, Mercy Housing with about 22,600 units and Volunteers of America with 20,660 units.

Unlike these industry peers, ECD does not operate across the nation; it confines its activities to a mid-Atlantic market, focusing on Virginia, D.C., Maryland and southern Pennsylvania. About 7,000 of its units are in Maryland.

As a nonprofit developer, ECD pursues its activities with considerations beyond the bottom line. While there is a commitment to the financial success of every development, the company makes reference to a “second bottom line” measured by the accessibility of their properties to people from all walks of life, along with indicators of resident satisfaction and overall livability.

ECD cites as a key element in enhancing livability its attention to the design of its properties and construction quality.

McLaughlin offered three examples of developments in the Baltimore area: Red Run Overlook in the heart of Owings Mill; Hollins Station, a townhouse community in Halethorpe just south of Baltimore; and The Greens at English Consul, an apartment community designed for residents aged 62 and older, also in Halethorpe. 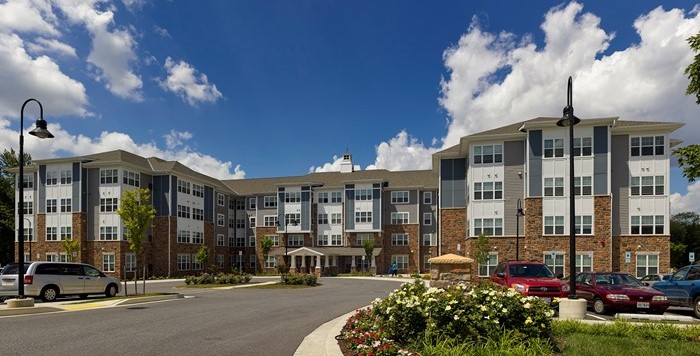 He calls these properties, with their appealing architectural features as “affordable housing” that doesn’t look so “affordable”.

McLaughlin is keenly aware that the term “affordable housing” is not looked upon so favorably in certain circles. To push against these NIMBY attitudes, he offered some numbers to explain this affordability concept.

People in the industry, as well as federal and state governments, make reference to area median income, or AMI as the level of household income that a given residential development can accommodate.

To put it in concrete terms, he presented some job titles and their corresponding AMIs based on their typical earnings: cashiers, 20% of AMI; bookkeepers, 45%, registered nurses, 75%. (For reference, the Baltimore area AMI in 2020 was $104,000.) 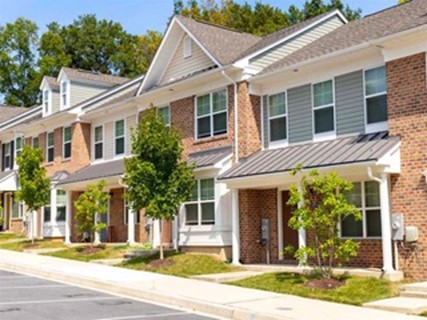 ECD will be dealing with some housing that has come to the end of its cycle.

Built in the late 1960s, these units have provided affordable living for close to half a century, but now they are obsolescent and inefficient.

Community Homes, consisting of five residential groupings, will, through an estimated 10-year process of demolition and temporary displacement, emerge as a totally modern development with 600 units replacing the existing 300.

The new community will include residents with a much wider range of incomes. It will retain affordable units but will also contain market-rate residences. As ECD explains, the latter will generate income that will help support the affordable rents.

In this way, ECD will be opening doors in the form of housing opportunity for a new generation.