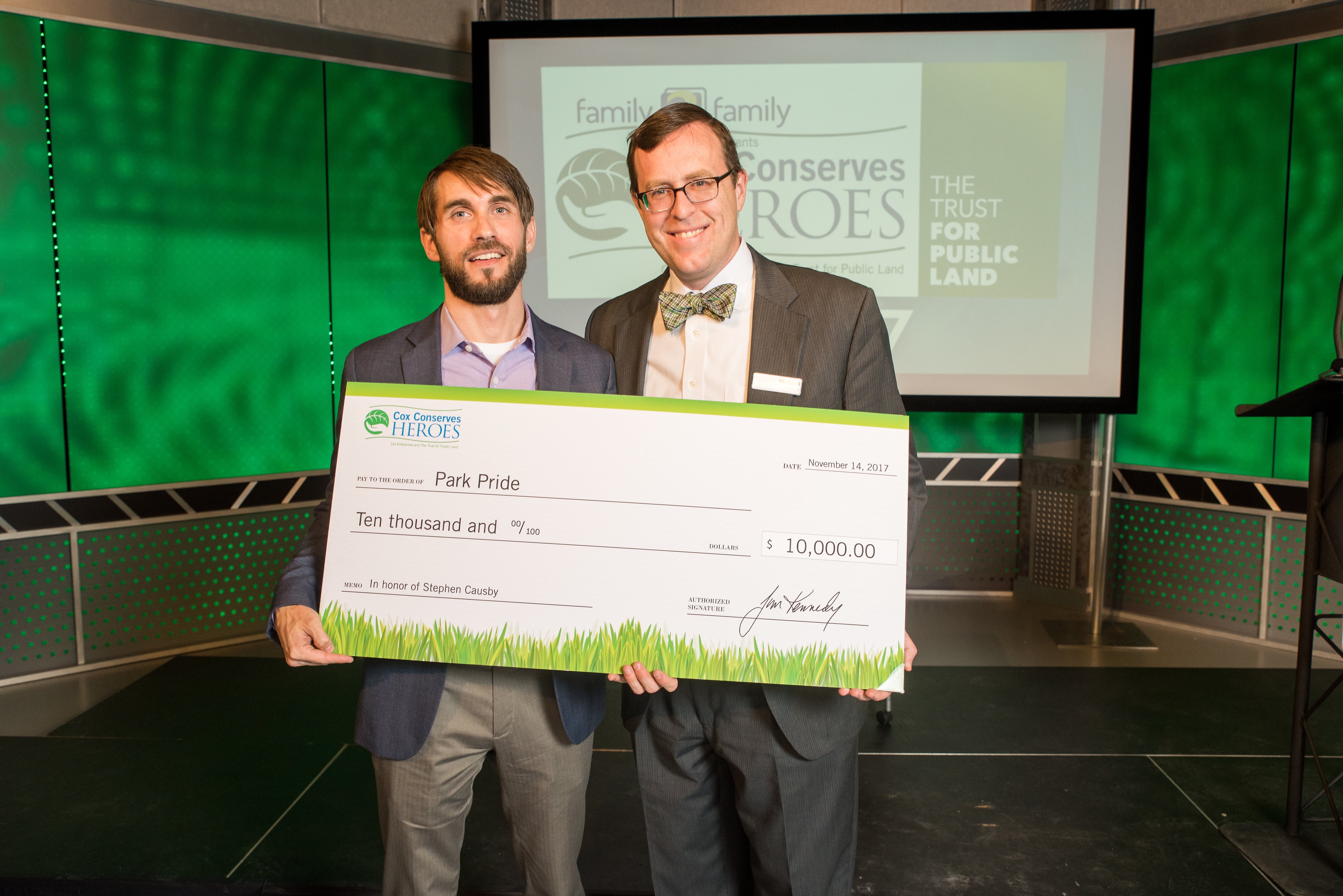 On November 15, Channel 2 WSB-TV and The Trust for Public Land today named Stephen Causby as Atlanta’s 2017 Cox Conserves Hero. Park Pride, Causby’s nonprofit beneficiary, will receive $10,000. Causby was among the three finalists who were nominated by the public then chosen by local judging panels to compete in an online vote for the title of Atlanta’s Cox Conserves Hero. Park Pride Executive Director Michael Halicki and Stephen jointly accepted the $10,000 grant for future improvements at Mattie Freeland Park.

Stephen led the grassroots transformation of an overgrown lot on English Ave. The lot is now boasting picnic areas, garden beds, a mural, a playground, newly sodded play fields and a brand-new community center. Stephen led every phase of the development, managing cleanups, executing programming, grant writing and soliciting community support. Stephen and his team created a space for neighbors to gather, as well as a safe area for children to play. By engaging residents to participate in the park’s improvement, he developed a team of neighborhood leaders who help with maintenance and programming.

The 2017 Cox Heroes Award video gives a visual overview of the Mattie Freeland Park, from vision to development to future plans.

The Retail, Office and Commercial Market and the Impact of COVID-19